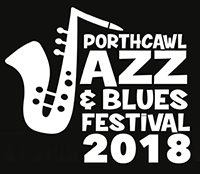 Purveyors of street jazz and blues from the Prohibition era.
Website:  www.therumblestrutters.com

The Rumblestrutters bring you feel-good blues, jazz and ragtime of the Prohibition era. The band’s vivid evocations of the music of the 1920s and ‘30s has earned them a reputation as one of the most authentic and popular roots bands around, with highlights including stellar performances at Birmingham International Jazz Festival and Gloucester Blues Festival.

Started during a spring clean when Jon Toft (vocals, mandolin, banjo) found an ink jug at the back of an old cupboard, the Swansea-based acoustic three-piece features the virtuoso guitar- playing and voice of Jonathan Nicholas, and Liam Ward on vocals, harmonica and jug.

The band are a consistent feature at arts centres and theatres. After a recent gig, Pontardawe Arts Centre said: “It is really heartening to know such relatively young guys are into playing this sort of material and with so much authority. They are keeping roots music alive!”

Most of the band’s songs hail from a time few of us remember, so how do “such relatively young guys” go about tapping into a musical canon from the 1920s and ‘30s? “The selection process is simple” Ward says, “the songs must be great – and ideally older than our combined age!”

Songs of bootleg liquor, all-night parties and bacchanalia abound, tapped from a rich musical source. The Rumblestrutters bring you the authentic sounds of 1920s and ’30s America!

“The Rumblestrutters are good. I was very impressed!”

“When the Rumblestrutters come to your neck of the woods, be sure not to miss them! I had a great time hearing them, and an even more fabulous evening joining them on stage!”

“It is really heartening to know such relatively young guys are into playing this sort of material and with so much authority. They are keeping roots music alive!”

“What a breath of fresh air!”

Keep up to date